During those years of fighting, one month felt as if it were a year long. I lived with our fighters on the Plain of Jars bases and was embedded with GM 22, 23, and 24 in 1972. Almost everyday, Cas officer Mr. George, “Kayak,” would come straight to me and ask about enemy activity in the area. During those years the enemy was constantly moving troops and equipment to new locations around our positions. After the sunset, and before sunlight we could hear them stage for the morning attack. Kayak would advise when the B-52 airstrikes in our area would occur. Often there were two or three arc light bombardments within twenty-four hours. The NVA were close, and so were the fighter-bomber impacts that defended our perimeter. Sometimes, enemy activity, or bad weather, necessitated that Mr. Kayak spend the night with our Special Guerrilla Unit.  We had the chance to tell each other about our family and share personal life stories. After I came to America, I found out his parents lived in Ohio. After he got back to the U.S., they offered him a job to go to South Africa. When he went there, he was killed in action.

During my time as a Forward Air Guide in Laos, my radio call sign would often change. I was “Sunfish,” “Peacock,” “Shamrock,” “Lulu,” “Badman,” “Rocket-mobile,” and “Blue-moon.”

I never thought I would live to have a wife, children, and grand ones. I  married at the end of 1972. I never thought I would have the opportunity to immigrate to the U.S., but by 1975 we could no longer stay because the government of Laos planned to merge with the Laos communists. We would have been killed immediately if we were captured because we were employed bt the U.S. CIA.

I came to the U.S. in 1976. I worked in a foundry for 41 years before retiring. Today my children, work in hospitals, schools, banks and real state agencies. One son is a pastor in the American Lutheran church, and another is in the United States military. I am very proud of them all. We are free and at peace. Life is good. I feel confident and blessed. 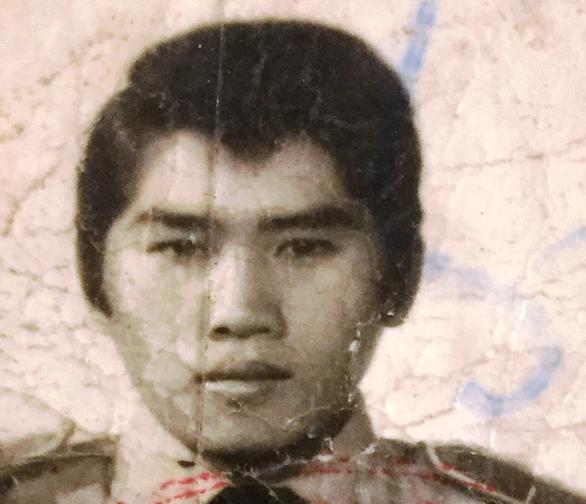 There was a war, The Secret War.

I remember Laos, the country of a million elephants. The population was estimated at 3 million. The country was full of beautiful jungles of big trees and rich soils with lots of running fresh water. People lived free and independent. The United States federal government mission in Laos was called the secret war. The United States Government sent Colonel Bill Lair to meet with the general Vang Pao in the Vieng in 1961. The discussions and agreement said the US would provide logistic support, weapons training, and medicines to the Hmong fighters. The US wanted General Vang Pao and his Hmong men to help slow down north Vietnam mobilizing their troops and supplies along the Ho Chi Minh Trail and to support search and rescue missions for Thai, Lao, and American pilots if they were shot down. General Vang Pao gathered Hmong men to be trained in Pa Dong LS5. General Vang Pao's Hmong Special Guerrilla Units became the United States government’s secret army. Sam Thong and Long Tieng became the operation center for USAID and Controlled  American  Source, (CAS) aviation  and logistics.  Long Tieng was built to be the Hmong Secret Army’s heavily fortified, high valley home and airfield for Hmong, Lao, Thai, and CIA  defenders. Aircraft as large as a C-130 could land uphill.  Hundreds of smaller transports, helicopters and AT-28 bombers staged from Long Tieng. Project 404 Raven Forward Air Controllers and Air America contractors flew in and out, sunrise to sunset for more than ten years.

I remember as a boy we lived northeast of Xiang Khouang. We were always on the run to hide in the jungle. My father was a French-trained soldier. His men were always on the lookout for an enemy ambush sites. My brother died early in 1963. My father also died in the same year. We didn't have a steady place to stay. The war pushed us out and in and back-and-forth. Most families were losing men of all ages. Life was hard, and, families suffered. Sickness, malaria, yellow fever, and malnutrition weakened our people. More fighters were needed. I was drafted into the war in 1964 when I was only 12 years old. In 1970 I joined the forward air-guide unit and was trained in Udorn, Thailand. We were Employees of the CIA. My job was to be with soldiers, on the ground at the front line of defense. I was responsible for guiding bomber assets to targets and resupply aircraft to the correct locations.

We slowed down the north Vietnam advances. During those years I changed location every month as we would retake a position or hold a position for short periods and seasons. At night we had C-130 gunship or flare-ships to light at night so we can see any movement coming toward us. I never thought I would live through the days or nights. I fought and lived on.