I was privileged to fly my first Raven operational sortie late July 1969 with Yang Bee in my backseat. It was a memorable mission for me and it may be memorable for Yang Bee as well. As a new Raven, Yang Bee was assigned to fly with me because he was very experienced and had excellent eyesight. I was told he was also very cautious and so he would keep me out of trouble. It turned out this was not correct! When Yang Bee met me at the Bird Dog, I was surprised how much he reminded me of the photos I had seen of the famous leader of the Vietnamese Air Force and new RVN Prime Minister, Nguyen Cao Ky.

We took off and flew around the north side of Plaine des Jarres (PDJ) looking for enemy activity. We were at a moderate altitude of about 3,000 ft above ground level. Yang Bee then pulled on the back of my shoulder harness to get my attention and said, "Laven 42 – you fly to the low!" I looked back and saw him looking out the left side. I began to reduce the altitude curious about what he was seeing. Keep in mind I expected him to be "cautious" so I was not worried about danger. He signaled me to fly lower and turn back toward a road that ran along the north side of the PDJ. As I settled down fairly low beside the road, Yang Bee took my .30 caliber carbine from behind my seat and began to fire from his window at something on the ground. I was surprised at this but still could not see what he was shooting at. He asked me to turn back and make another pass by the location and, "fly to the low!" Finally I saw that he was firing at a tank! It was parked under the trees beside the road pointing toward us and I was close enough to clearly see the machine gunner in the turret firing at us. I began to move the airplane wildly around the sky while trying to get some distance from the tank. This took a very long time. I was sure we had received battle damage but when we got back to base we found not a scratch. It was a miracle we did not get hit. I am sure I said some very unkind things to Yang Bee as we headed south to our base at 20 Alternate. I was thinking to myself that it could be a long 6 months if every Raven sortie was like this one. And so much for the "cautious" Yang Bee!

I have since learned that Yang Bee went on to be the brave leader of the FAGs in General Vang Pao's Army. I regret I was unable to meet with him after he settled in America after the war. But it is safe to say I will never forget him and the mission we flew together. Dedicated to Yang Bee on the occasion of his daughter's wedding on 21 April 2018. 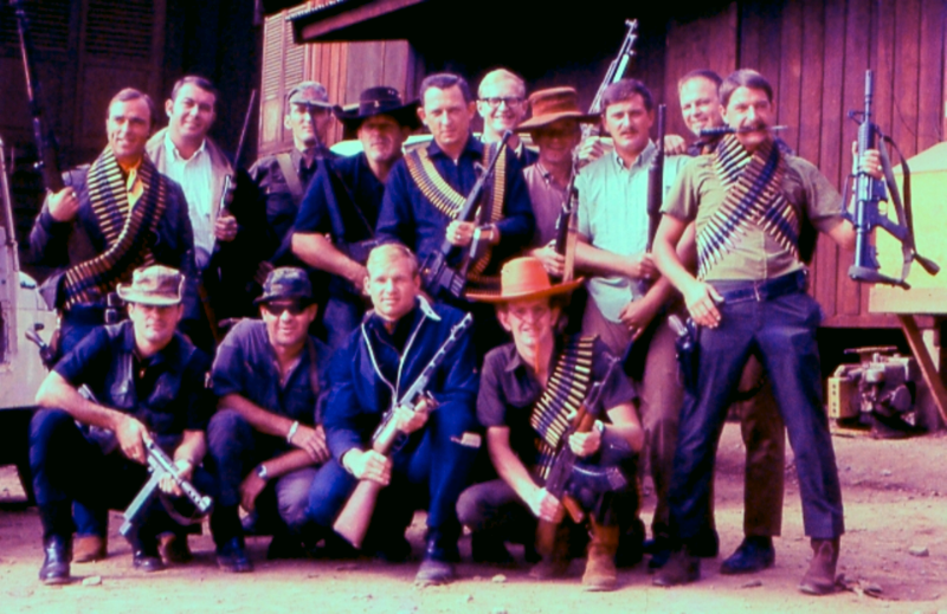 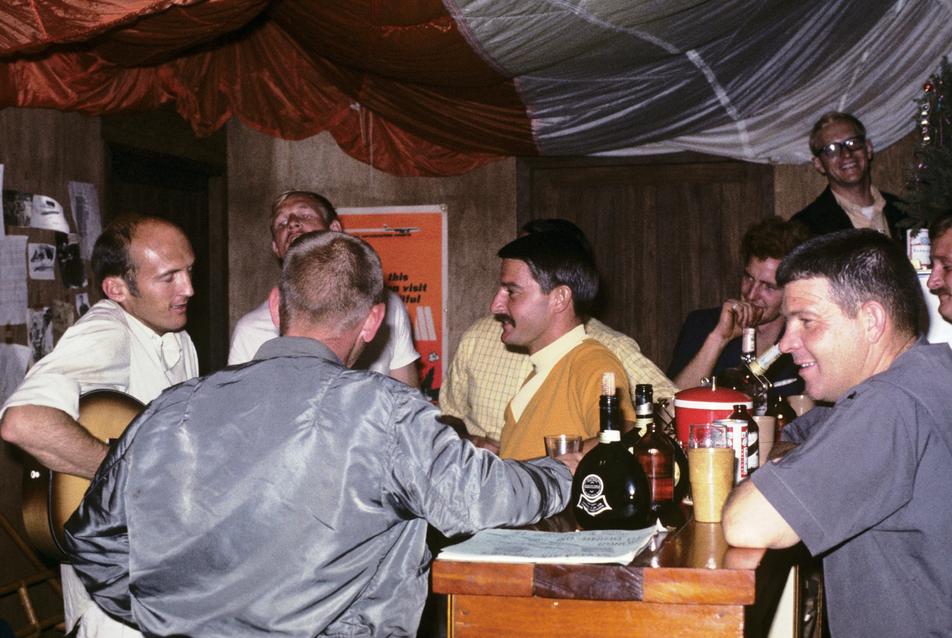 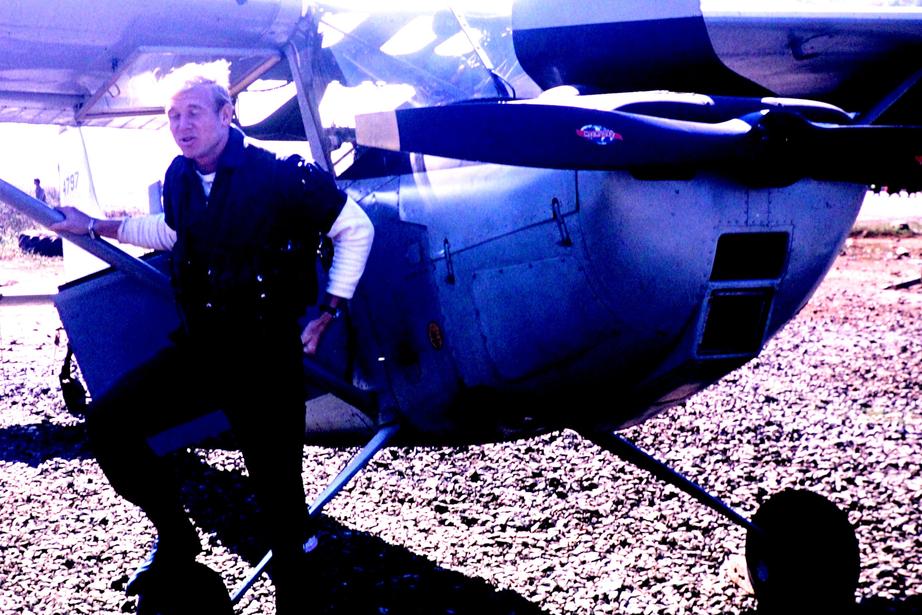 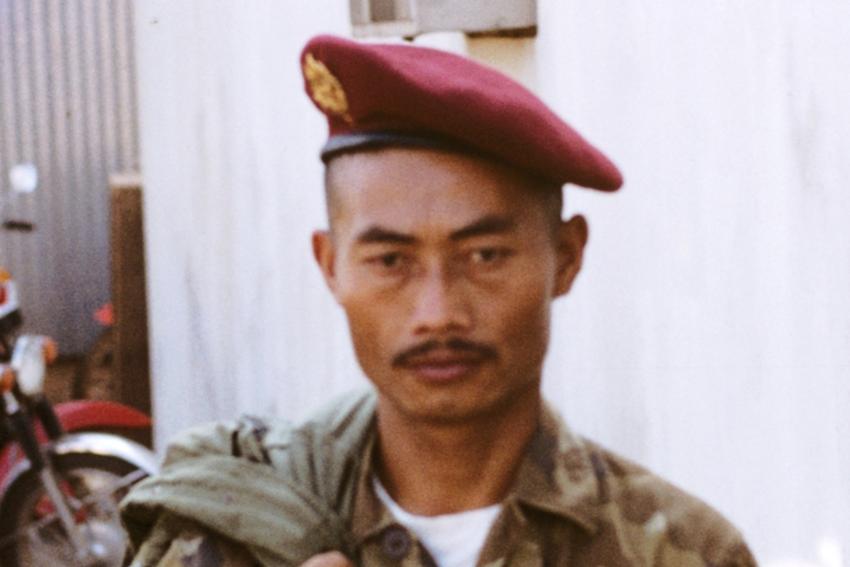 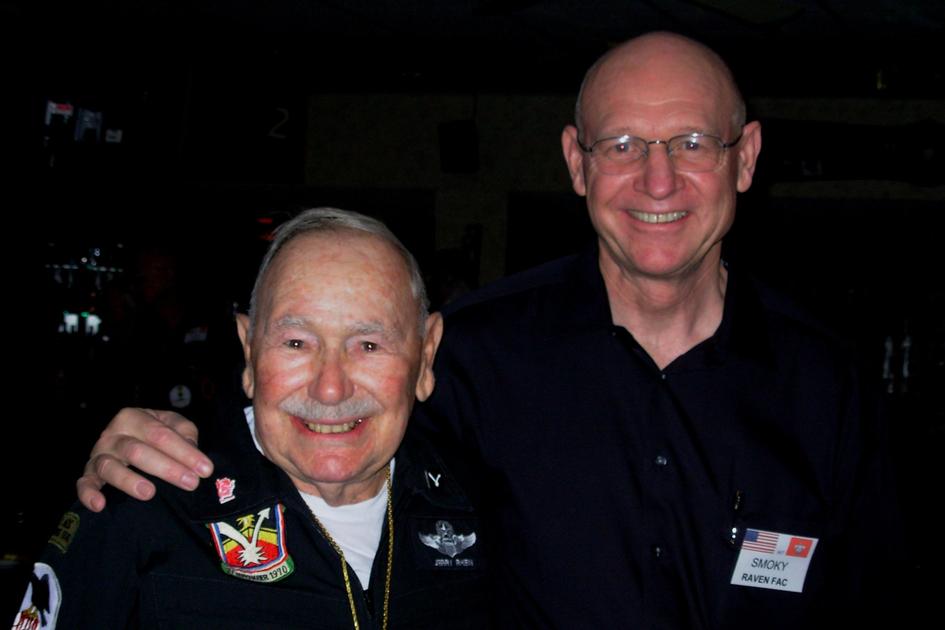 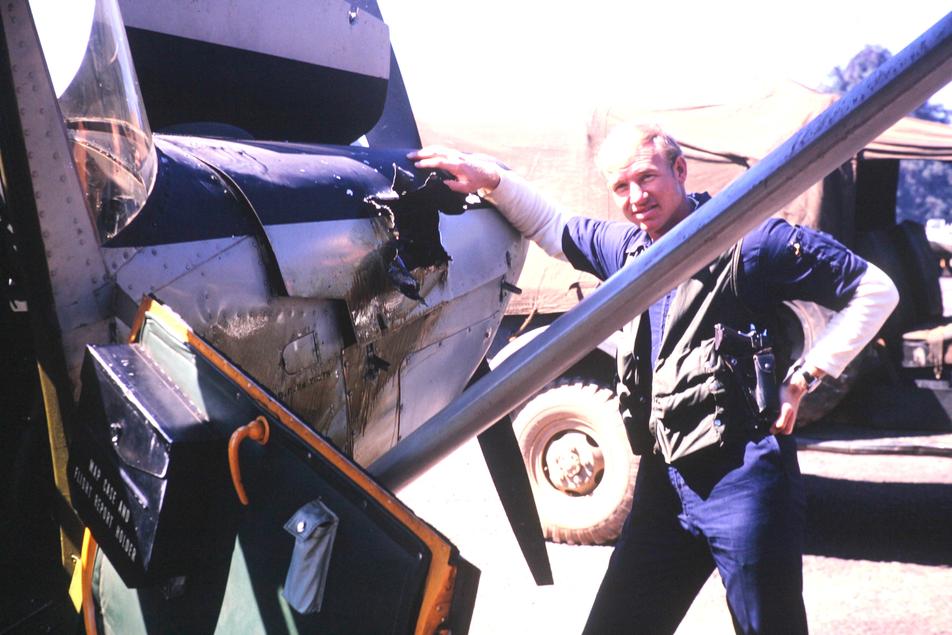 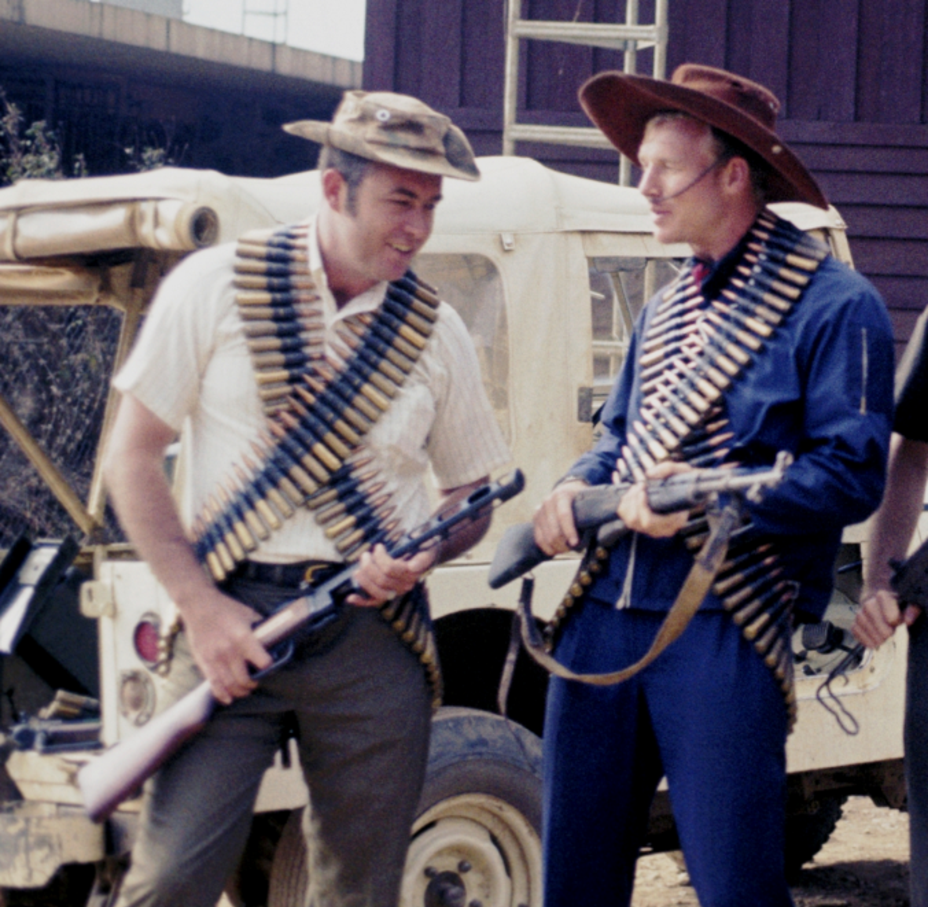 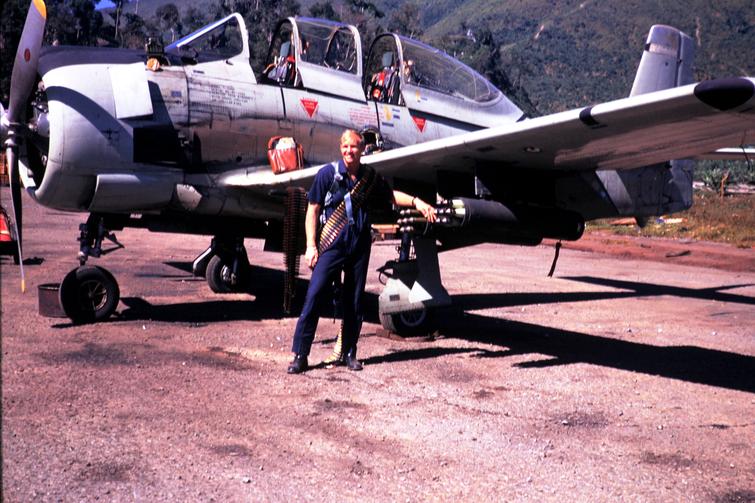 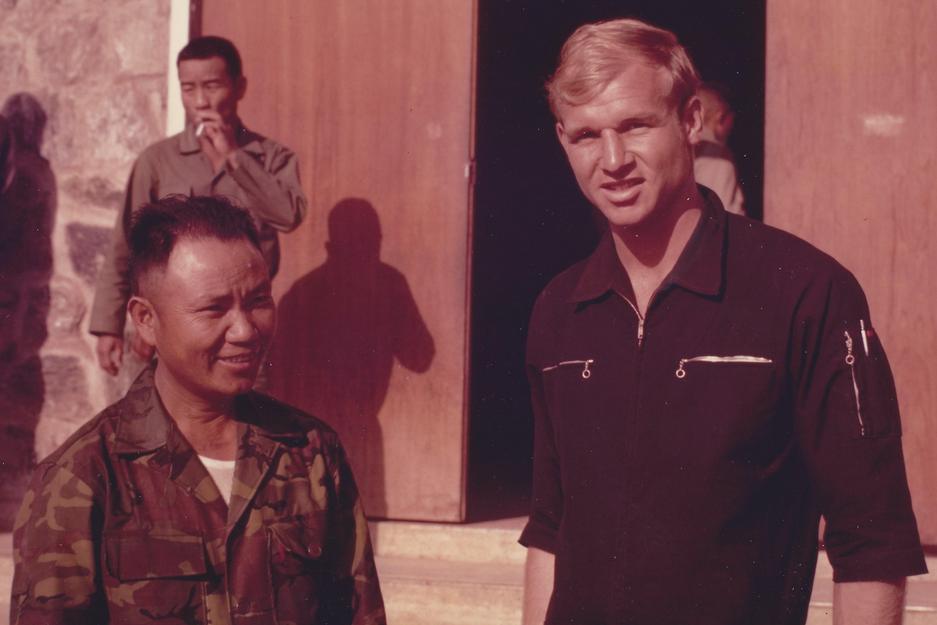 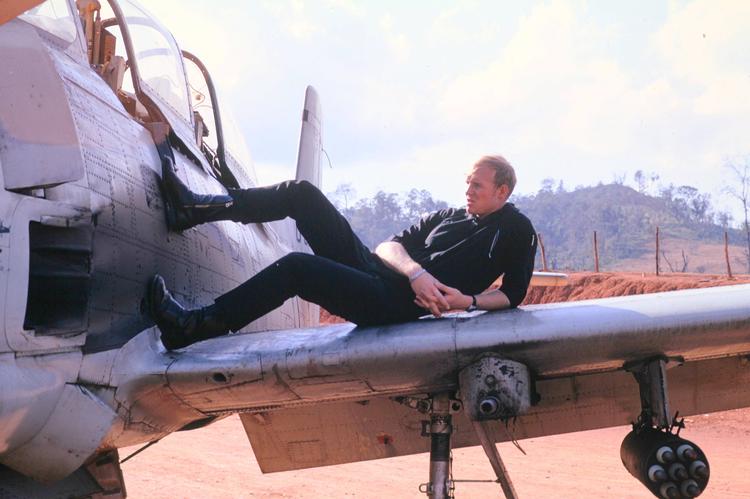